Communication – Tales from the Trek – Perception is Reality

Based on my conversations, I believe that most people perceive that they do more work than others. It seems common that all members of a household think they do more than their fair share of work, and most members of teams at work feel the same way. I believe that a big driver in this perception is that people know exactly what work they’ve done, but they are not aware of the work that others have done. 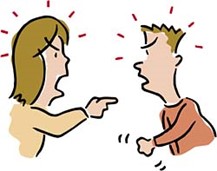 At one place where I worked, the business side of the department often expressed to me that IT was lazy. They said that IT was never getting to any of their requests, and they weren’t sure what IT was doing all day. Not surprisingly, the IT department expressed that they were overworked and accomplishing a lot. Why was there this extreme difference in perception?

A director of the IT department came up with an idea that was very simple but incredibly effective. He created a giant checklist of the scheduled IT projects and posted them in a few prominent places around the office. As each project was completed, he put a checkmark next to the item.

What perception challenges have you faced? How did you address the challenges? I’d love to hear your tales from the trek.