Bob Sutton’s post, as well as the comments that I made on his blog, reminded me of one of my favorite topics: misused Quality Assurance metrics.

“Treat monetary rewards like explosives, because they will have a powerful impact whether you intend it or not.” –Mary and Tom Poppendieck, authors of Implementing Lean Software Development: From Concept to Cash

In my comments on Bob Sutton’s blog, I mentioned three specific metrics that had unintended effects when used for evaluating employee performance:

Many people think that they have the ability to write a set of metrics that can be used to unequivocally gauge the performance of a Quality Assurance professional, but I have not yet encountered a metric that couldn’t be manipulated to favor the employees.

(If the metric can’t be gamed, it probably isn’t under the control of the employees, so it wouldn’t be effective at driving behavior anyhow.)

Are Metrics Worthless Then?

Actually, metrics are a great tool for identifying coaching opportunities and potential problems. However, in order to get honest metrics, they shouldn’t be used directly for employee evaluations or employee rewards. 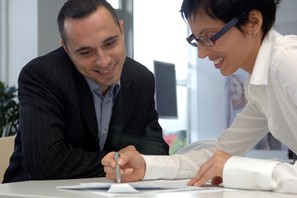 When I’ve looked at the metrics that I mentioned earlier with an eye towards coaching, I had excellent results.

I was only able to scratch the surface of this topic in this blog post. I plan to discuss specific metrics in future blog posts. In the meantime, if you want to read a much more in-depth review of the pros and cons of employee incentives, you can find one paper here.